Launch of ABPRO Initiative in Germany

KCP has Participated in Control 2022 Event 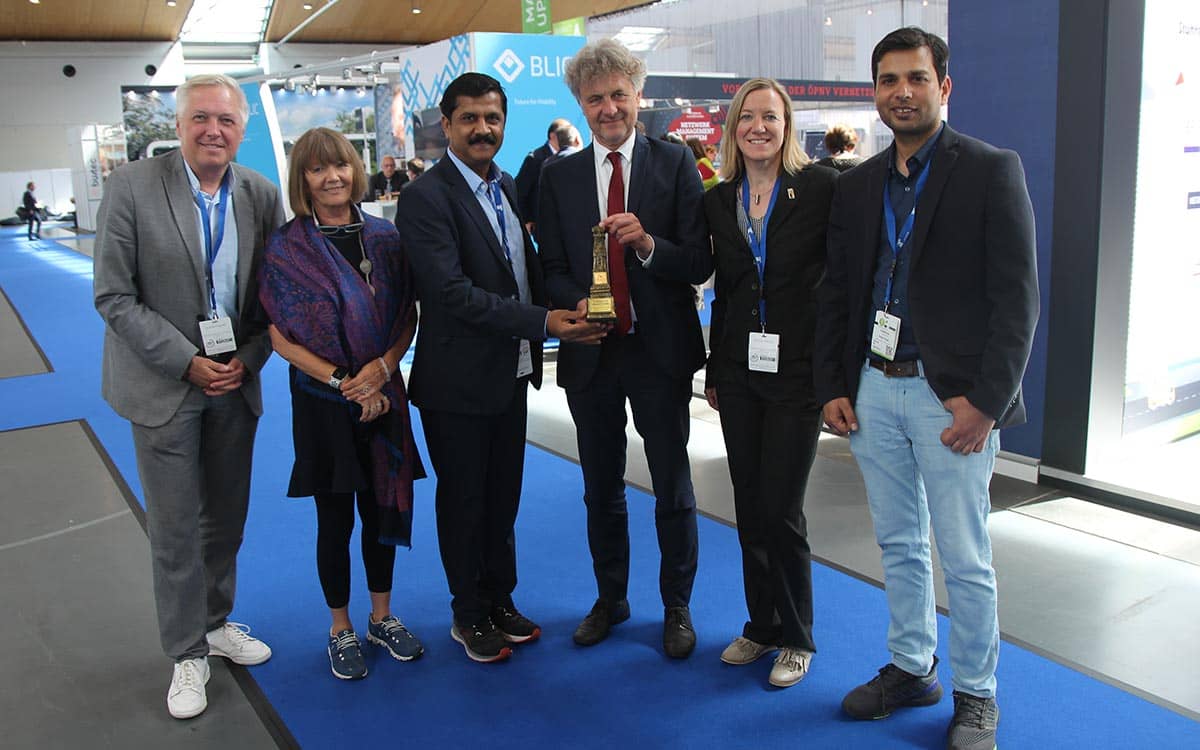 "KCP Gauging Technologies" is part of the consortium of companies that has set up a representative office in Karlsruhe as a lighthouse project with the support of the Karlsruhe "Innovation Office" in Pune and the Economic Development Corporation. The "Aurangabad Business Promotion Center" (abpro), headed by Tasvvar Ali, is the contact for small and medium-sized companies from the Karlsruhe region and India that want to gain a foothold in the other country.

"It was a special concern for us to have a location here," said Ravindra Kondekar, Managing Director of "KCP", during an exchange with Lord Mayor Dr. Frank Mentrup during a visit to the IT-Trans trade fair. "The German market is very interesting for us - and we are looking for suitable cooperations here." The company "KCP Gauging Technologies" specializes in high-precision reference measuring instruments and calibration equipment. India has similar difficulties in terms of supply chains in the current situation, but they can usually be overcome together, he said. To that end, Kondekar and Ali have been looking at companies in the region with the support of the Economic Development Corporation and the "Innovation Office." "KCP" is looking for technology partners to further develop its own products, as well as network partners in the region for international knowledge exchange, in addition to expanding its customer base. To this end, Kondekar, in order to sound out possible business opportunities, facilitate knowledge exchange and open up ecosystems, was also in Baden-Baden, Bühl and Bruchsal in addition to the visit to Karlsruhe.

Dr. Mentrup and Ralf Eichhorn from the business development department emphasized that Karlsruhe and the technology region have suitable companies in this segment. It is helpful that "abpro" is already very well networked in the region through the "India Board Karlsruhe". Indian commitment at the location: Aurangabad also shows a visible presence through the consortium of companies. The representatives of Aurangabad would proceed stringently; from the idea to the implementation with a comprehensive approach. Starting from a pilot project, the open and international approach would quickly lead to success, Dr. Mentrup emphasized. The exchange also dealt with previous successes of the "Aurangabad Business Promotion Center", a look into the future, further points of contact in the region and one about innovation location, networking and future opportunities. Because especially in the matter of "Smart Manufacturing" the Indian interest is strong, emphasized Kondekar, who thanked for the support via the "India Board Karlsruhe", in this context also the networking in terms of distribution channels is helpful. This network can be used in both directions, said Eichhorn. Best practice examples would be helpful and would also show the competence of Karlsruhe in many fields.